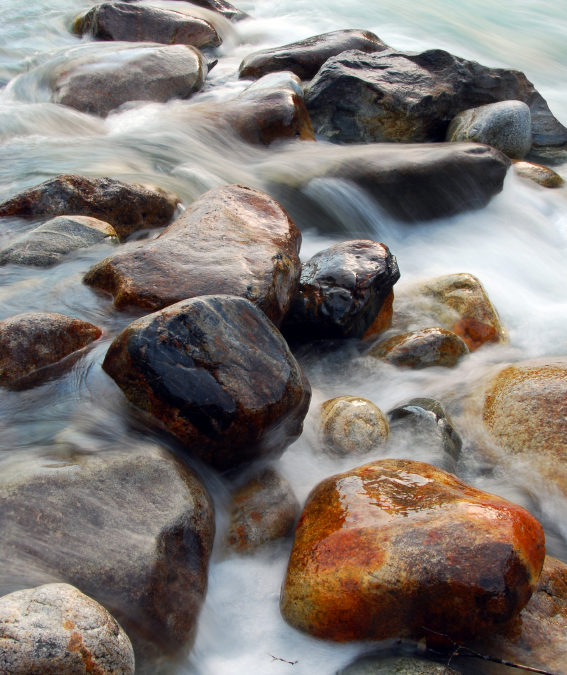 When an organization or an individual strives toward greater health, one of the important indicators of progress is a freer flow of energy toward desired goals. For an individual, this can show up as greater psychological and physical ease and stamina. In an organization, it often takes the form of increased excitement and employees’ willingness to invest more of their discretionary energy in making things work well.

One of the lessons I learned from studying massage therapy is that energy sometimes gets stuck. Tight muscles can signal a place where the body is holding on and needs to be reminded to let go. The work of the massage therapist is to identify these places and, rather than force them to release, invite the client to bring awareness to them and let the muscles relax.

As I thought about this, it reminded me of something called the Theory of Constraints, an approach to improving the performance of systems that was originally developed in the manufacturing arena. The approach suggests that rather than trying to optimize or fix every element of a system at once, you need to identify the thing that is most limiting the flow through the system (imagine the narrowest place in a pipe) and focus all your attention on addressing that limitation (widening that place in the pipe). Once you’ve done that, things will flow better, and something else will show up as the next “bottleneck.” You address that, and then you go on to the next.

When you’re in the midst of a major organizational change, the same logic applies. Is the biggest barrier a lack of enthusiasm about the new way of operating? Do leaders lack the time to do their part in the implementation process? Is there a cultural norm that runs counter to the new approach? Technology problems? Skill gaps in key individuals? We often try to fix all these things at once, when we would be better served to pick the one that’s the greatest limitation and focus our resources on getting it fixed, and then go on to the next.

This is true for individuals as well. If you are trying to enhance your overall well-being, it’s sometimes tempting to try to change everything at once. Eating habits, exercise habits, relationships, job… Instead, it might be better to think about what is most getting in the way of your energy flowing freely, and tackle that first. Once you get things moving there, you will likely have more energy to apply to the next challenges.

While this notion is appealing and simple in concept, it’s not always easy to figure out what that “one thing” is. The symptoms don’t always show up where the problem is. As an example, massage clients often complain of sore upper back, neck, and shoulders. You’d think that the answer would be to work on the areas that hurt, right? Not so fast! It turns out that this is often a situation where the back muscles hurt because they are overstretched due to muscles in the chest and shoulder area that are too tight. This is a common syndrome for people who sit at desks and work at computers a lot. The issue that really needs to be addressed is the tightness in the chest area, which can be done through a combination of massage, stretches (here’s one), and changes in posture.

Likewise, in an organization we may think the problem is people resisting a particular change, while the real problem is that leadership lacks the discipline to set and communicate priorities, so everyone is confused and burned out. It’s critical to dig around a bit to find out what the real issue is before taking action.

My question to you is this: How freely is the energy flowing in your body, your life, your organization? Are there places where it’s stuck? If so, I invite you to reflect on the situation to identify the one thing that represents the greatest constraint, and bring your focused attention to bear so you can get things moving more effectively toward your most important goals.